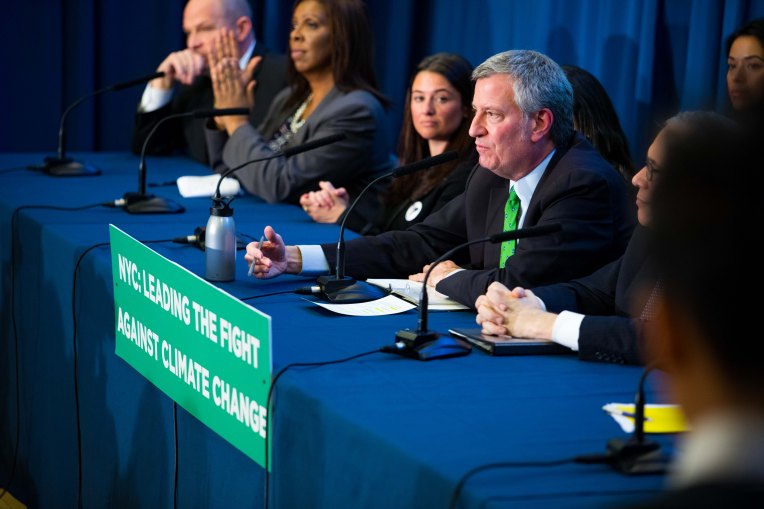 New York City Mayor Bill de Blasio, City Comptroller Scott Stringer and trustees of the city’s pension funds struck a sharp chord for the environment on Jan. 10 by announcing a plan to free the funds from the clutches of fossil fuel investments over the next five years.

This move by a major U.S. municipality to divest from fossil fuel companies is first in the nation. It is also a slap back at recent Trump administration moves to hand over drilling rights to oil companies — which are responsible for most of all greenhouse gas emissions in the last century.

“Safeguarding the retirement of our city’s police officers, teachers, firefighters and city workers is our top priority, and we believe that their financial future is linked to the sustainability of the planet,” Comptroller Stringer said at a press conference at the Manhattan Youth Center, in in lower Manhattan.

“Our announcement sends a message to the world that a brighter economy rests on being green. It is complex, it will take time, but we’re breaking new ground, and are committed to forging a path forward.” 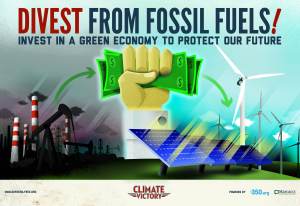 The city’s five pension funds have nearly $5 billion in fossil fuels investments. The action comes on the heels on the state’s announcement to explore its intention to divest. Several major universities, including Stanford and Oxford, also seek to divest from their investments in fossil fuels companies.

“New York City is standing up for future generations by becoming the first major U.S. city to divest our pension funds from fossil fuels,” said Mayor de Blasio. “At the same time, we’re bringing the fight against climate change straight to the fossil fuel companies that knew about its effects and intentionally misled the public to protect their profits.”

DC 37 Executive Director Henry Garrido, who is also a trustee for the NYCERS pension fund, said:  “For the sake of future generations, we support the call by the mayor and the comptroller for responsible divestment from fossil fuels. It is no longer a question of if, but rather how and when.

“The five year goal is sensible. What we’ve learned about the extent to which fossil fuel-producing companies deceived the public about the harm to the environment makes expedient and prudent action necessary.”

The city also announced a lawsuit against five major oil companies because of their contribution to climate change.

“We’re bringing the fight against climate change straight to the fossil fuel companies that knew about its effects and intentionally misled the public to protect their profits,” said Mayor de Blasio. “As climate change continues to worsen, it’s up to the fossil fuel companies whose greed put us in this position to shoulder the cost of making New York safer and more resilient.”