Jim Tucciarelli, a DC 37 leader for more than three decades and a staunch advocate for fellow responders who worked at Ground Zero in the aftermath of 9/11, has retired.

Tucciarelli, longtime president of Sewage Treatment and Senior Sewage Treatment Workers Local 1320, was a member of the DC 37 Executive Board and sat on the Judicial Panel of DC 37’s national union, the American Federation of State, County and Municipal Employees (AFSCME). He fought tirelessly to protect jobs, and improve the lives of, sewage treatment workers whose dedicated service keeps New York’s communities safe, clean, and healthy. 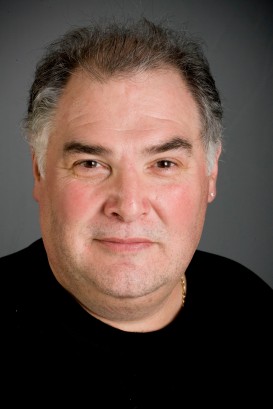 Throughout the years, Tucciarelli played a key role in organizing political and legislative campaigns in New York and around the country.

In a 2016 privatization battle, he was instrumental in convincing DEP officials to stop spending $60 million a year on a French multinational company that was overseeing the city’s wastewater system.

“I have spent the greater part of my life with this union,” Tucciarelli said. “We have been through tough struggles and hardships in the past, and I believe we will survive and succeed because this institution, and the services, benefits, and job protections that labor unions provide are bigger than all of us.”

Tucciarelli volunteered his services at Ground Zero following the Sept. 11, 2001, terrorist attacks. In a video released on the 10th anniversary of those attacks, he said, “The adrenaline level, you didn’t know if you were working 12, 14, 16, 24 hours straight. In the beginning there was a possibility that people were still alive.”

Tucciarelli was exposed to dangerous toxins at Ground Zero and has been a persistent advocate for fellow 9/11 first responders, ensuring that they have had access to the health care that they need.

AFSCME President Lee Saunders presented Tucciarelli with a proclamation to honor his service to his city, to other first responders, and to AFSCME.

“Your dedication to the members of this union and to public service is an example and inspiration to us all,” the proclamation reads in part. “Thank you for your leadership and may you enjoy a long and joyous retirement.”