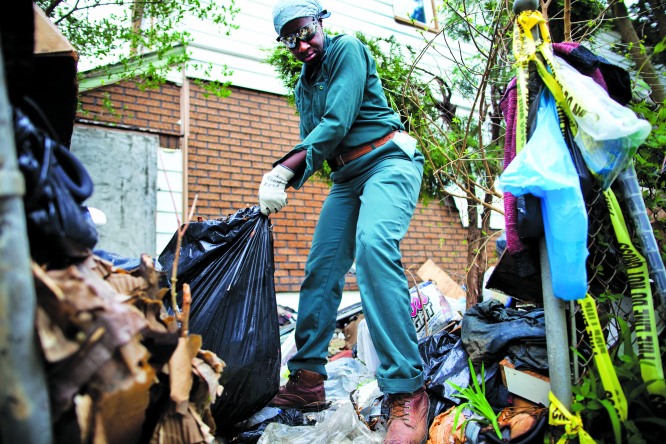 Local 768 won a collective $70,000 in owed longevity payments for 35 City Pest Control Aides and Exterminators at the Dept. of Health and Mental Hygiene after forcing the agency to apply the contract’s recurring increment payments, or RIPs.

“The union remains diligent in protecting members’ hard won wages and benefits, whether it means fighting over federal rollbacks on union rights or correcting the mistakes made by agency management,” said Local 768 President Fitz Reid. “If it impacts our members, we are here to make sure the contract and the members are respected.”

Several CPCAs and Exterminators called the union after DOHMH failed to apply or took away the contractual RIPs they were entitled to. Longevity pay is disbursed incrementally in members’ biweekly paychecks.

CPCAs do the dirty work that keeps New York City clean by enforcing health codes. They remove trash and clutter from abandoned lots, apartments and houses where rats and vermin breed. They combat infestations and keep the city’s rat population under control. The union found that DOHMH payroll failed to apply the longevity payments to 35 CPCAs and Exterminators. “The union made an urgent and immediate appeal to DOHMH management to resolve the matter,” Reid said, “or be faced with a group grievance before the Office of Labor Relations board.”

“We called several labor-management meetings and stopped the agency from getting away with withholding this negotiated benefit,” said Mark Heron, an assistant director in the union’s Research and Negotiations Dept. DOHMH managers said its payroll department failed to apply the RIPs to qualified employees’ wages and took steps to implement the pay increases. The 35 received their longevity pay in May.

“This situation underscores how important it is for members to know the contract,” Reid said. “Never leave it to payroll or management to uphold what the union won at the bargaining table. As union leaders and members, we can’t be lax about protecting our hard-earned benefits and wages.”