After settling a grievance with New York Public Library, the clerical staff at the Library for the Blind received title upgrades and salary increases.

The grievance contended the DC 37 members were working out-of-title since their job responsibilities includes different and more tasks than that of their counterparts at neighborhood branch libraries.

The library, New York Public Library Guild Local 1930 and District Council 37 signed the settlement in January. This agreement assigns the six covered clerical workers at the Andrew Heiskell Braille and Talking Book Library — the formal name of the Library for the Blind — to collections processing titles, which better reflects their work.

“The staff at the Library of the Blind do a lot of behind the scenes work in addition to their traditional clerical duties,” said Louise M. Stamp, Local 1930’s vice president for clerical workers.

She prepared the background on the grievance with Secretary-Treasurer Nina E. Manning, the supervising clerical staffer — now a senior collections processing associate — and others at the Library for the Blind. Stamp and Manning participated in the negotiations with NYPL along with 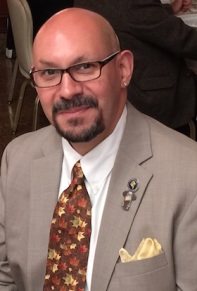 The Library for the Blind serves the city’s five boroughs, Nassau and Suffolk counties and
Yonkers.

The unique tasks of the clerical staff include shipping, packaging and unpacking material — books in braille and CDs — requested by blind and deaf clients, who often call the library to make requests, rather than visit.

Local 1930 members also work at the information desk, and are trained to use TTY devices, which allow deaf and hard-of-hearing people communicate by phone.

“It’s a unique operation,” Colon said. “We were happy to resolve the grievance. The settlement recognizes the special responsibilities of our members at the Library for the Blind.”

This article originally appeared in the June 2017 Public Employee Press.